got up this morning, jeez, ofcourse i did, but it was early, and it s sunday, and it s raining, so here i am:

Sam is working on the layout of his blog. he s a painter (did i mention that?) and he s trying to get some pics of his work uploaded but it s not going too well...
however, i should mention he s quite a perfectionist, and if something s not going quite as he wants, he becomes a teensy little bit nervous. kinda like me, i guess, if everybody says blogging is easy, don t believe them... however, maybe it s because we re both beginners and all these possibilities are still like a maze.

ok, i should be doing some housework now, and i should definitely be studying for my exams, which are on the 12th... but i would rather be working on my last practical project for school, which is a 7-sided ring for Sam (and a smaller one for myself).

oh well, a good full-time working mom (hahahaaaaa!) should be able to organize (NOT) which i will now attempt to do.

posting some pics of this project: 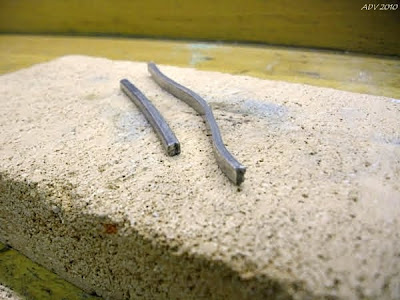 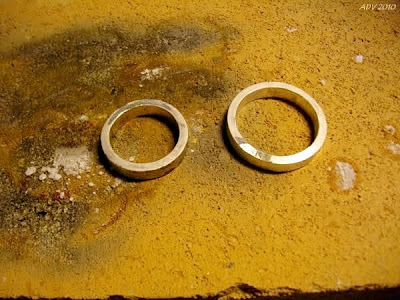 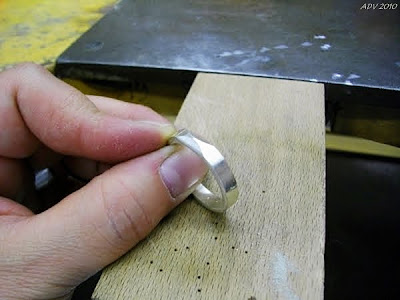 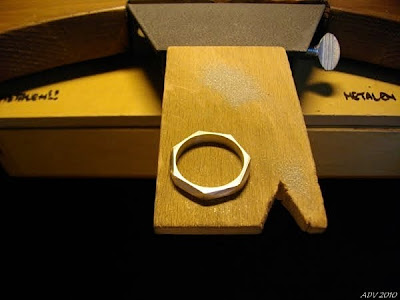