i have finally found the courage to start using a bit of gold in my work. not much, mind you, and (unfortunately) not even new gold.

somewhere in the back of my jewellery box i still had a gold ring from way back when, but i never wore it, well not often enough. so why not? melt it i mean. make something new and wearable out of it, combine it with silver, give it a little something extra, like a ray of light on the moon (jeez, that just sounds corny, but i m gonna say it anyway, there s a crazy poet inside me too)

i also like the idea of something symbolic, little messages on the inside of a piece of jewellery, not to be seen by anyone but the owner who knows it s there.

i had seen something similar to this piece in a magazine some time ago, tried to figure out how it could ve been made and came up with this:

a ribbon of silver, rolled up, kept together with a golden band. 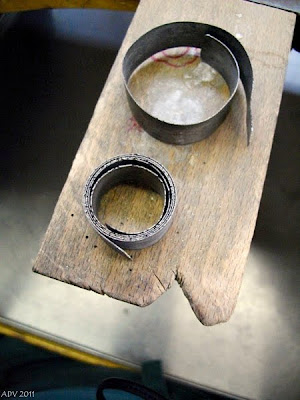 now, how many turns should i give this? 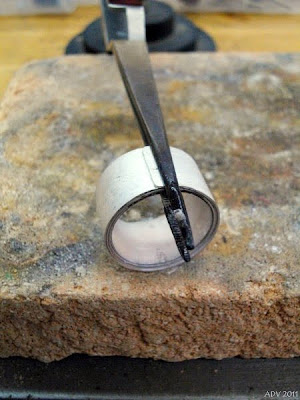 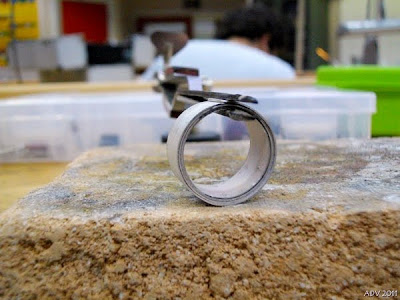 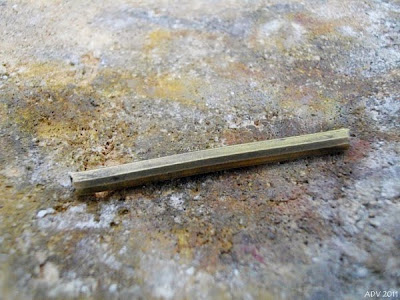 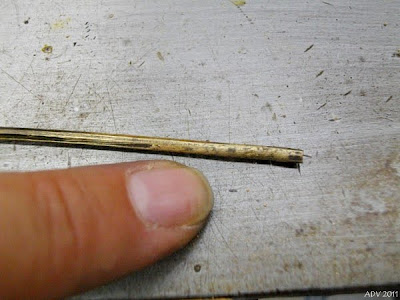 then made into half-round wire 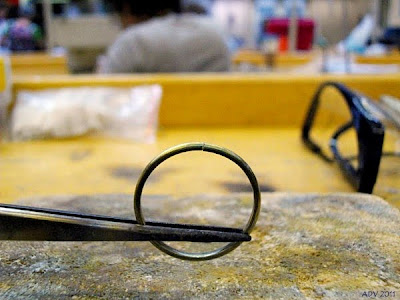 hmmm, now to solder that together (which was loads easier than soldering silver, wow!) 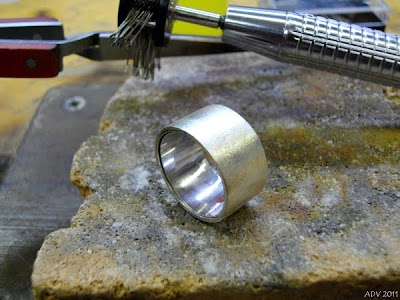 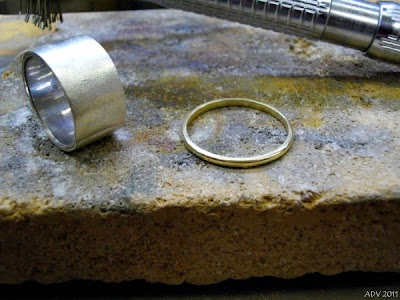 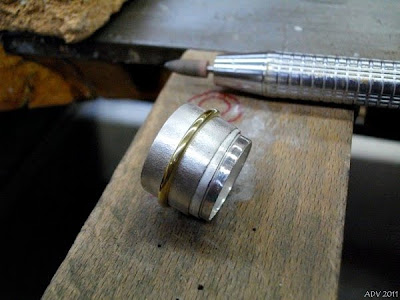 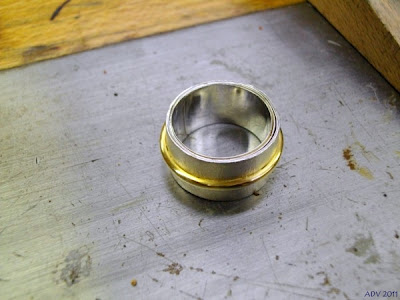 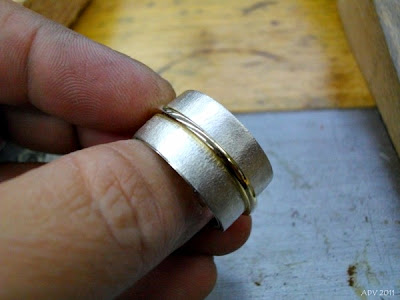 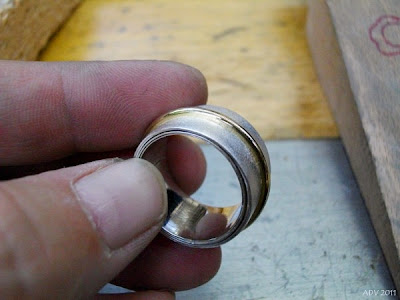 after a final polish and clean 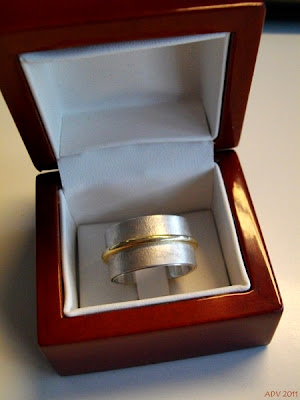 this prototype has no message except for the one in my head... but there could ve been, yes?